Logo and branding for a web development startup. 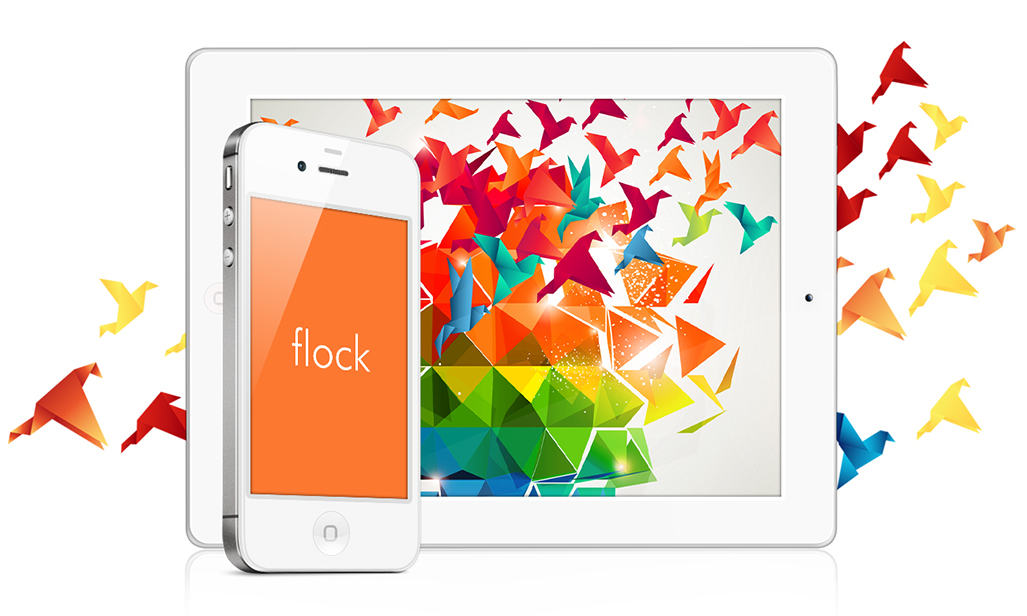 A team of developers was launching their new agency and needed a new brand.

We assisted with the naming of the brand and called it "Flock", since it's easy to pronounce and has positive connotations such as dynamism, flexibility and collaboration. Flocks travel in groups in the same direction, and that represented the collaboratively aspect of the company, since they all work as a team with the same goals.

The orange color was chosen as primary since it's very energetic and social. The brand is flexible so the logo could be used in multiple colors and the secondary color palette included several of the bright colors included on the artwork.

The designs where done in Adobe Illustrator and Adobe Photoshop.